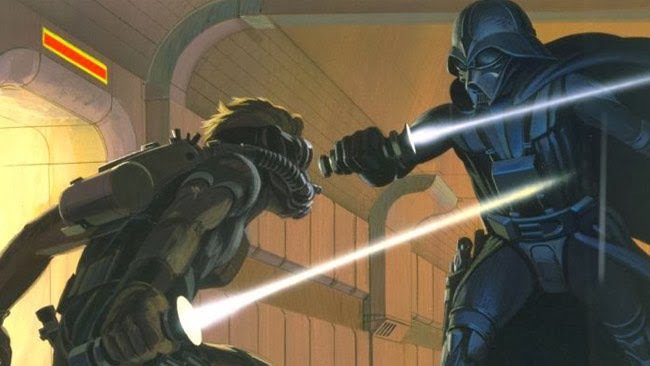 It’s a Post-Alderaan galaxy and fear keeps the local systems in line. Fear of the twin Death Star Battle Stations, Shiva and Tor as they travel through hyperspace destroying anything, and anyone, the Rebels come in contact with.

With heroes like Luke Skywalker being defeated on Bespin, Han Solo trapped in carbonite, and Leia Organa captured after the crushing defeat of the rebel forces at Endor, the Empire’s stranglehold on the galaxy is ever tighter.

Meanwhile, the New Rebellion, lead by the once-mercenary team called The Dragons, provide hope for the diminishing few who want the Empire defeated and peace to be restored to the galaxy…

After the rescue of Leia Organa, the New Rebellion has initiated a small-scale guerilla campaign to test their operational capabilities throughout the Outer Rim.

The Empire has taken substantial losses, but so far have kept Shiva, Tor, and their commanding capital ships within the boundaries of the Core Worlds causing the Imperial Rim forces to take the brunt of the Rebel’s attacks.

You are the Dragons Reborn. A small force within the New Rebellion taking on an assortment of missions directly from the highest ranking leaders.

Having been responsible for the successful launch of the New Rebellion’s Planetary Shift Drive (PSD), you have acquired a cult following. However, there are plenty of Rebels who envy your automatic, high status in the Rebellion as well as enemies in the Empire that would like to see you all dead.

It’s not an easy adjustment going from smuggling mercenary to struggling revolutionary, but the cause is worth it, right?

I'm sorry, but we no longer support this web browser. Please upgrade your browser or install Chrome or Firefox to enjoy the full functionality of this site.